It gives me immense pleasure to invite you all to the web portal of NRC on Mithun. Mithun 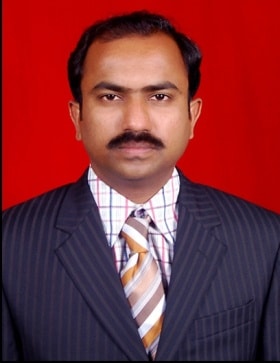 (Bos frontalis) is a unique bovine species, endemic to parts of the north-eastern hilly region of India. It holds an important position in the socioeconomic, cultural, and religious fabric of ethnic communities in Northeastern India. Besides, this animal is also used as a marriage gift and ceremonial animal for different cultural ceremonies and plays a central role in the cuisine. Mithun is crucial for sustaining mountain agriculture, which is the basis for the food and nutrition security of the local tribal people. ICAR-NRC on Mithun is the only research institute that exclusively works on the Mithun and we have completed 35 years of service in the areas of fundamental research and development of sustainable Mithun farmers’ friendly technologies. This institute has immensely contributed towards a 30 % increase in the Mithun population over the previous census. The institute has developed many technologies such as area-specific mineral mixture (µthimin), feed block, mineral block, semi-intensive rearing model, portable meat dryer, portable mineral block dispenser, ectoparasite expeller cum drug applicator, value-added Mithun milk and meat products and standardized semen collection and cryopreservation. With access to the knowledge and technologies developed the Mithun farmers are getting attracted to scientific Mithun farming, value addition and creating better incomes. The FSSAI has declared Mithun as food animal and this helps in tapping the market and export opportunities.

The Institute continues to play an important role in creating awareness about Mithun farming to various stakeholders. The training, Mithun mela, exhibitions, Mithun-Mitra app and other extension activities by KVK, etc. play a key role in the technology transfer mission of the institute. The institute has filed many patents and copyrights and developed the Mithun-Mitra Mobile app to create awareness and promote among the Mithun farmers as well as other stakeholders about scientific Mithun husbandry for diversified use of Mithun as a source of meat, milk, hide and draught power. The app serves as a single-window delivery system for information on Mithun viz. semi-intensive Mithun rearing system, feeding, breeding, management and various aspects of scientific Mithun husbandry that are readily available offline on the app. One unique feature of the app is its registration interface, wherein the Mithun farmers can register their Mithun rearing societies with the institute database.

I am happy to say that the ICAR-NRC on Mithun has a cohesive group of scientists and the capability to meet expectations. I invite Institutions across India to collaborate with our Centre in research and extension activities for the benefit of Mithun farmers.