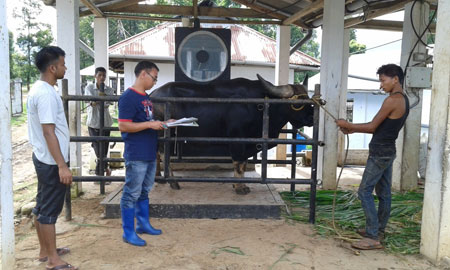 A livestock farm is always considered as an economic unit, where the inputs are transformed into outputs through an interaction between natural and man-made factors. To obtain maximum production from the mithun animal, the livestock production and management section is managing the available resources of the farm judiciously to generate more output besides, managing the daily or routine activities of the farm such as health care, feeding and watering of different categories of animals, fodder cultivation, cleaning in and around the animal sheds etc. The section also maintains different data of the farm to generate first-hand information of mithun animals: growth and reproductive performance of different age groups of Mithun. To encourage the mithun herdsmen and to use them as draught or pack animals, the section also trained the animal for pulling the cart, ploughing the field etc. 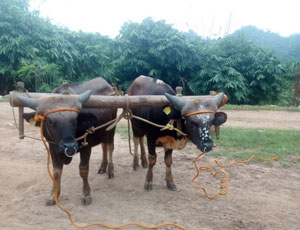 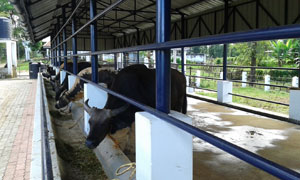 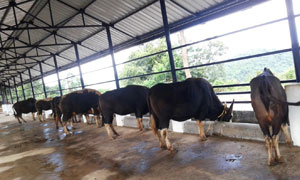 ·  Biochemical properties of mithun rumen fluid have been studied

·  Endocrine control of natural oestrous cycle in mithun has been established

·  The profiles of estradiol-17β, progesterone, LH, FSH and PGFM during the natural oestrous cycle in Mithun have been established

·  Endocrine control of behavioural estrus in mithun has been established

·  Secretion pattern of estradiol-17β, progesterone, LH, FSH and PGFM around the time of estrus during the natural oestrous cycle in mithun has been established

·  Secretion patterns of estradiol-17β, LH and FSH during estrus and mid-luteal phase of natural estrous cycle in mithun have been established

·  Preliminary investigation on Mithun's draft capability has been conducted