ICAR-NRC on Mithun organized a training programme on entrepreneurship in mithun meat processing in collaboration with ICAR-NRC on Meat, Hyderabad 22 March 2022

ICAR-National Research Centre on Mithun, Medziphema, Nagaland organized a one-day training programme on “Augmenting Farmers’ Income in the NEH region through Promotion of Entrepreneurship in Mithun Meat Processing and Value Addition” in collaboration with ICAR- NRC on Meat, Hyderabad for farmers and butchers. Dr Suresh K Devatkal and Dr. Girish Patil S, the resource persons from ICAR-NRC on Meat highlighted the importance of hygienic meat production and value addition in mithun meat for doubling the farmers’ income. There is a lot of potentials to grow in the meat beat business especially in Northeastern states as meat consumption is higher. Rapid consolidation in meat processing, more vertical integration and a large number of smaller processing units will be the
key trends in the future they added. The production and packaging of various value-added meat and milk products were demonstrated to farmers.

Dr Sentinungla Ao, Deputy Director, DMC, Dimapur, the chief guest during the occasion mentioned that Nagaland is still short of meat production and live animals are imported from different states. A large amount of money is being spent every year by the state government for importing meat and meat products, especially pork, from outside the state, which needs to be brought down to zero level.”. This can only be done by implementing piggery, poultry, and mithun rearing schemes in the state and bringing marginal and commercial livestock farmers under one fold, she said.

Dr M. H. Khan, Director of ICAR-NRCM, highlighted that mithun farming is profitable, there is a strong need to promote a scientific and alternative semi-intensive method of mithun rearing and encourage the diversified use of mithun for meat and milk, to stop the slaughter of mithun for table purpose only. In addition, he encouraged farmers to take up other small livestock enterprises such as piggery, backyard poultry or goatery for sustainability. On this occasion, 20 farmers from the Noklak district, 6 butchers from Dimapur district, scientists, staff members of the institute participated in the program. 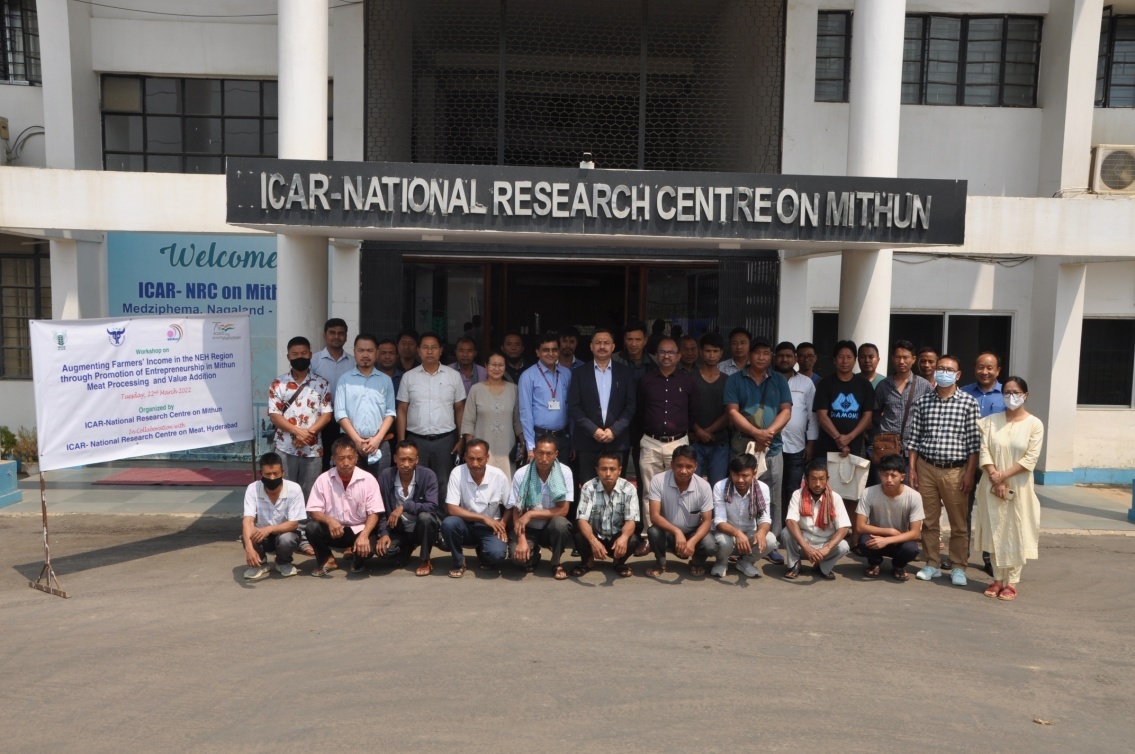 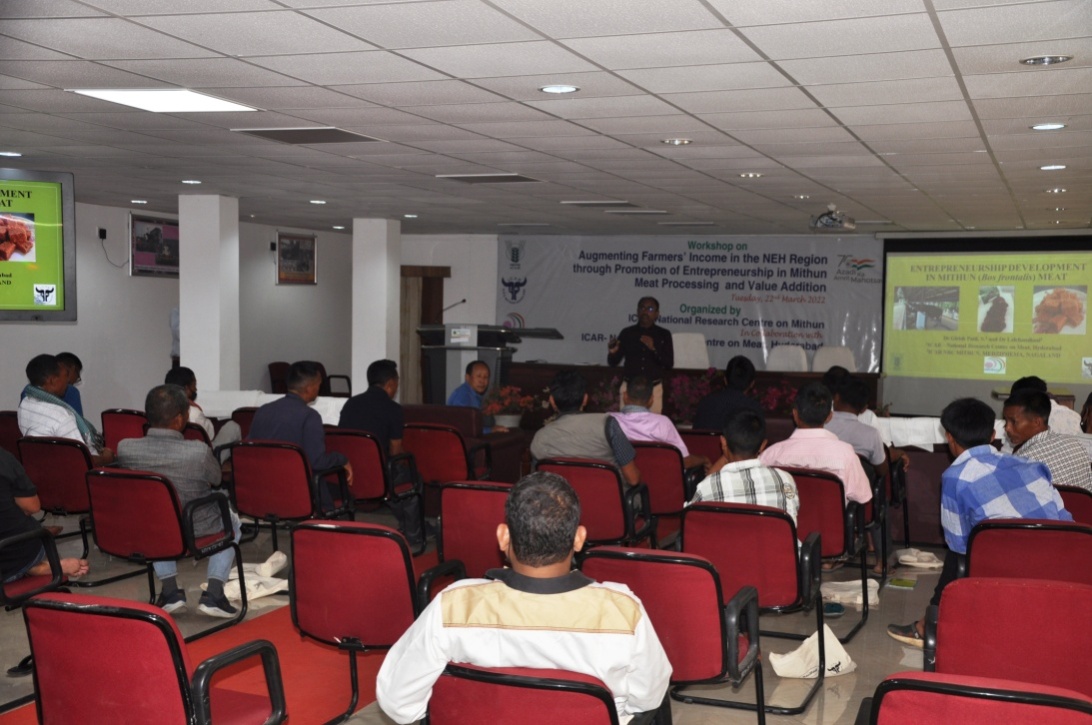