On 26th June 2022, Hon’ble Union Minister of Agriculture and Farmers Welfare Shri Narendra Singh Tomar visited ICAR-National Research Centre on Mithun, Nagaland. On his maiden visit to ICAR-NRC on Mithun, Shri Narendra Singh Tomar said that Mithun is a unique bioresource of  Northeast India and it is everyone's responsibility to conserve it. “Earlier Mithun was reared in the free-range system, but now as the agriculture is increasing, forest cover is decreasing, so farmers should adopt an alternative package of practices for Mithun rearing under the semi-intensive system developed by ICAR-NRC on Mithun,” he said. He appreciated the success of the institute in the development of technologies that have benefited the Mithun farmers in their economic uplift, as well as the efforts to improve the standard of living of farmers by generating interest and increasing their incomes. In his speech, he told that the Government of India is continuously trying for economic development in the country during and after the COVID-19 pandemic through the “Vocal for Local” in Atmanirbhar Bharat campaign. He also called for further research on the use of Mithun for the maximum benefit of the farmers. He urged the institute to conduct research to explore the nutritional and therapeutic properties of milk and develop a business model and said that the fertilizer potential of Mithun dung and urine should be explored as an alternative model for natural farming. He visited the Mithun farm and exhibition stalls showcasing various technologies and products developed by the institute. During his interaction, the Hon’ble minister discussed the technologies developed by the institute such as feed blocks, mineral block dispensers and area-specific mineral mixtures. Earlier, the practical importance and multi-utility of Mithun such as draft power were showcased along with the tree plantation programme.

Earlier, in his welcome address, Dr. M. H. Khan, Director of ICAR-NRC on Mithun highlighted the salient achievements of the institute. He said that the institute is making relentless efforts to popularize semi-intensive Mithun farming as an alternative source of livelihood and conservation methods. He also spoke about the diversified use of Mithun, the need development of a nodal agency in each state for organic certification of livestock, and the inclusion of Mithun under the NLM scheme. 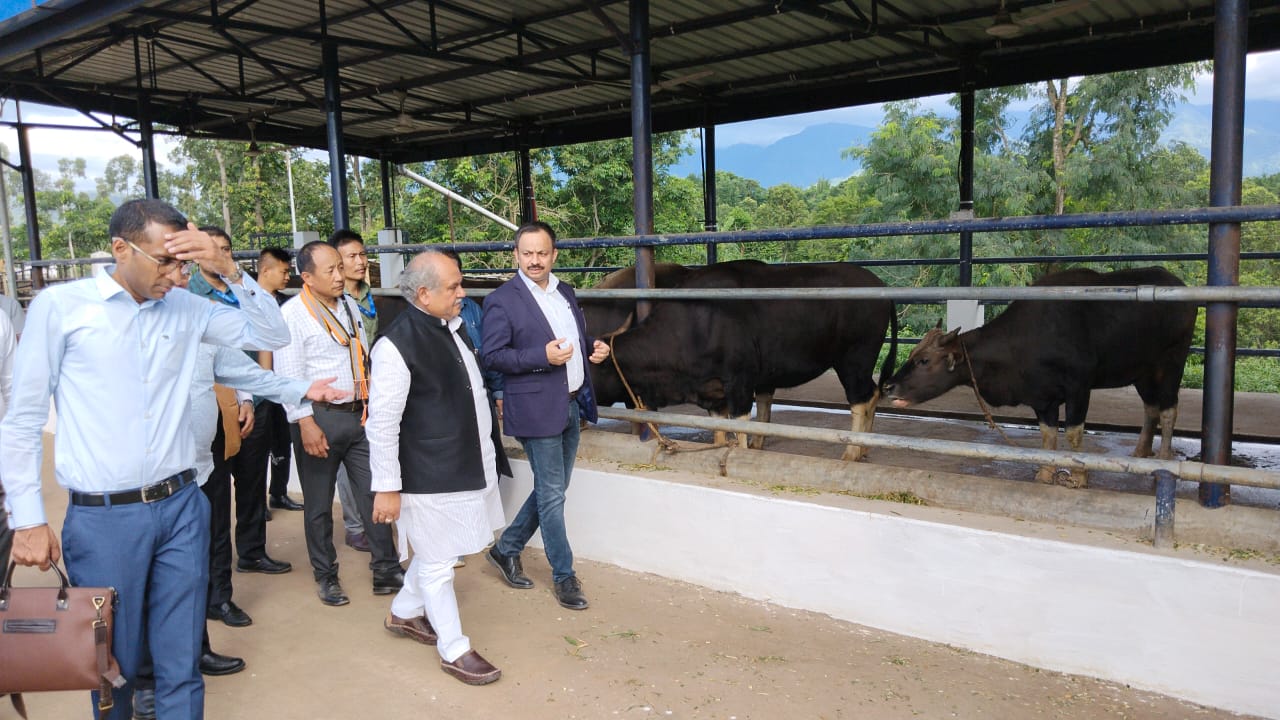 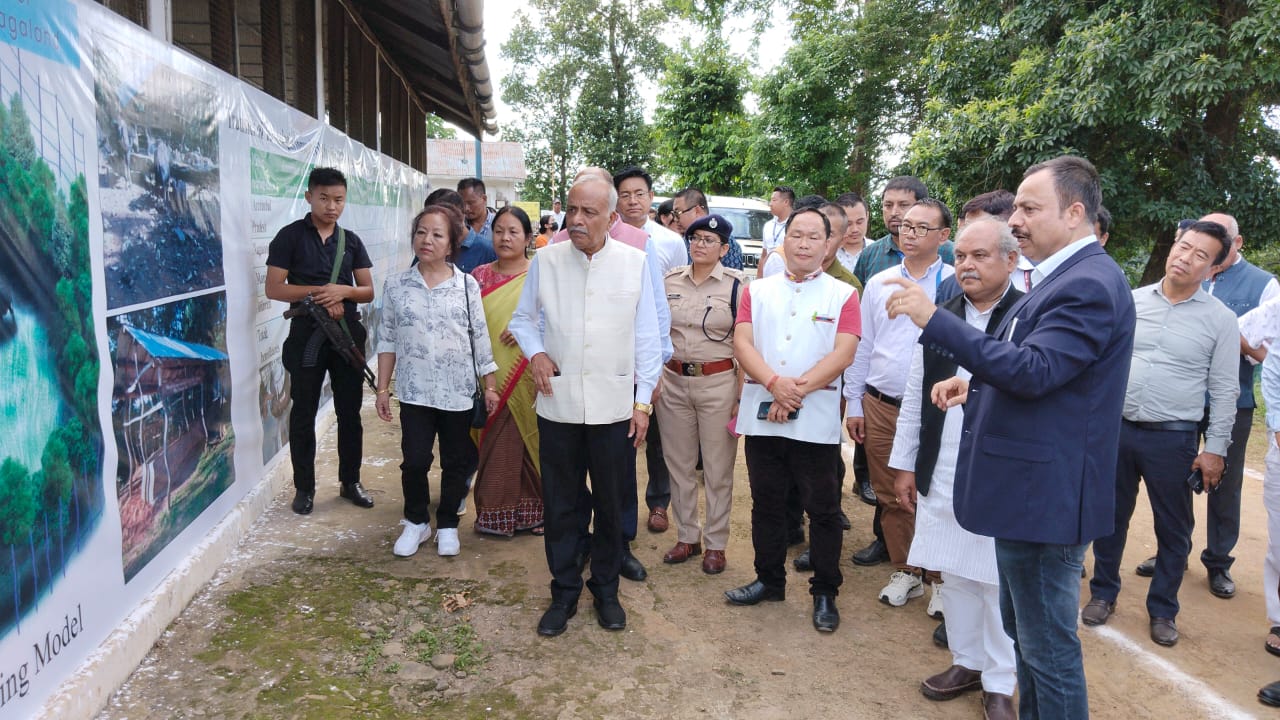 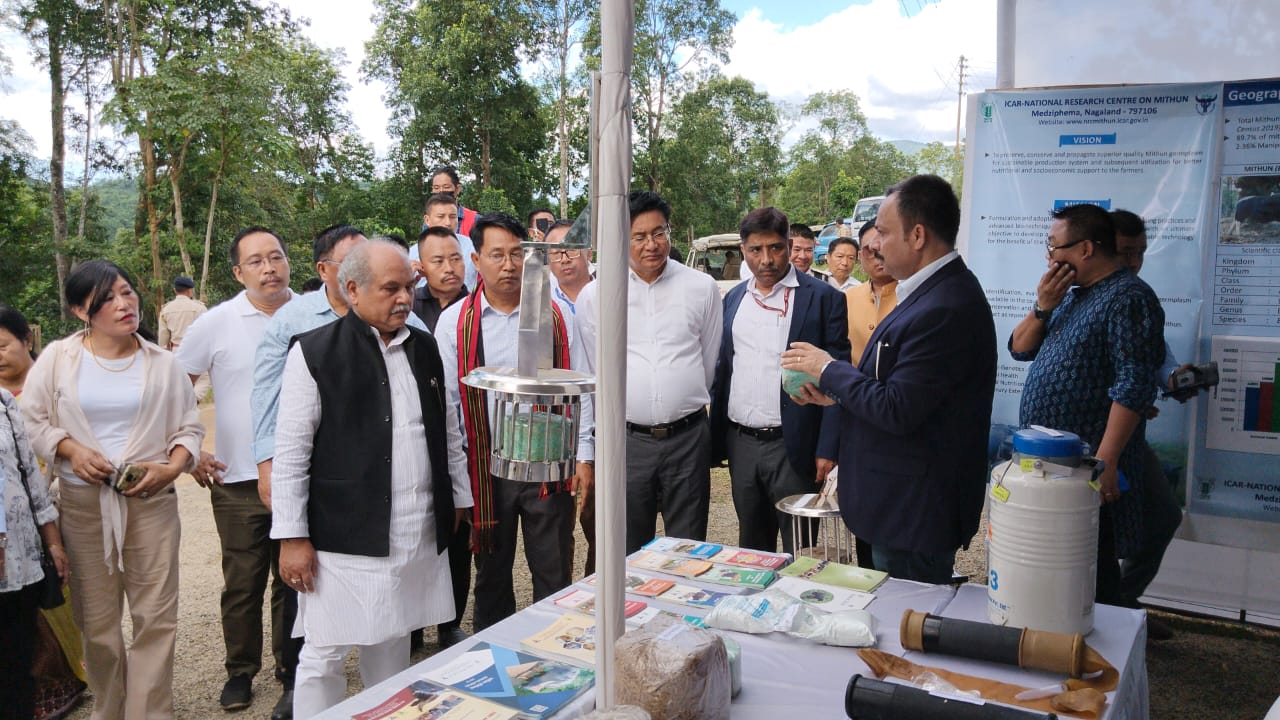 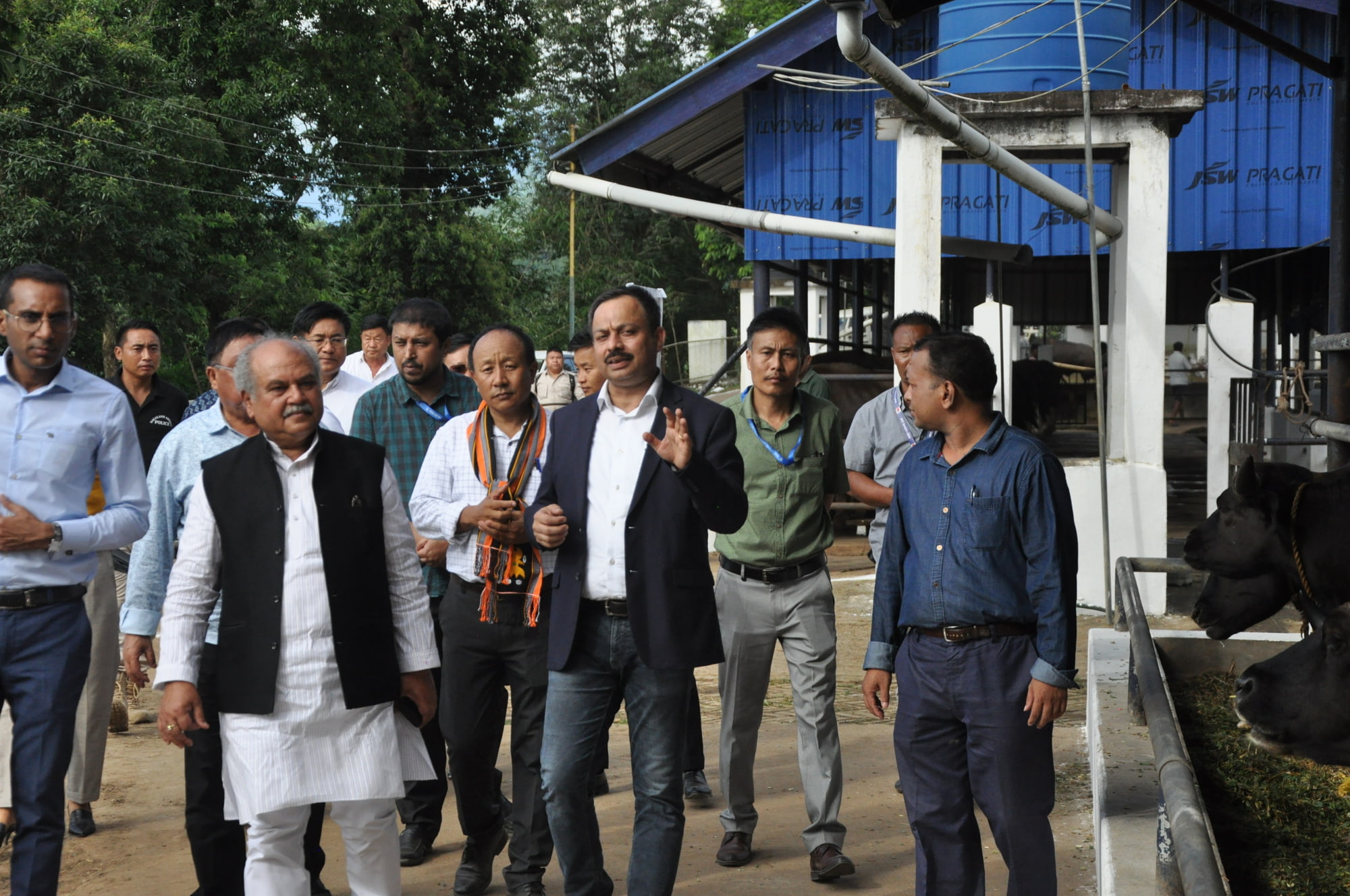 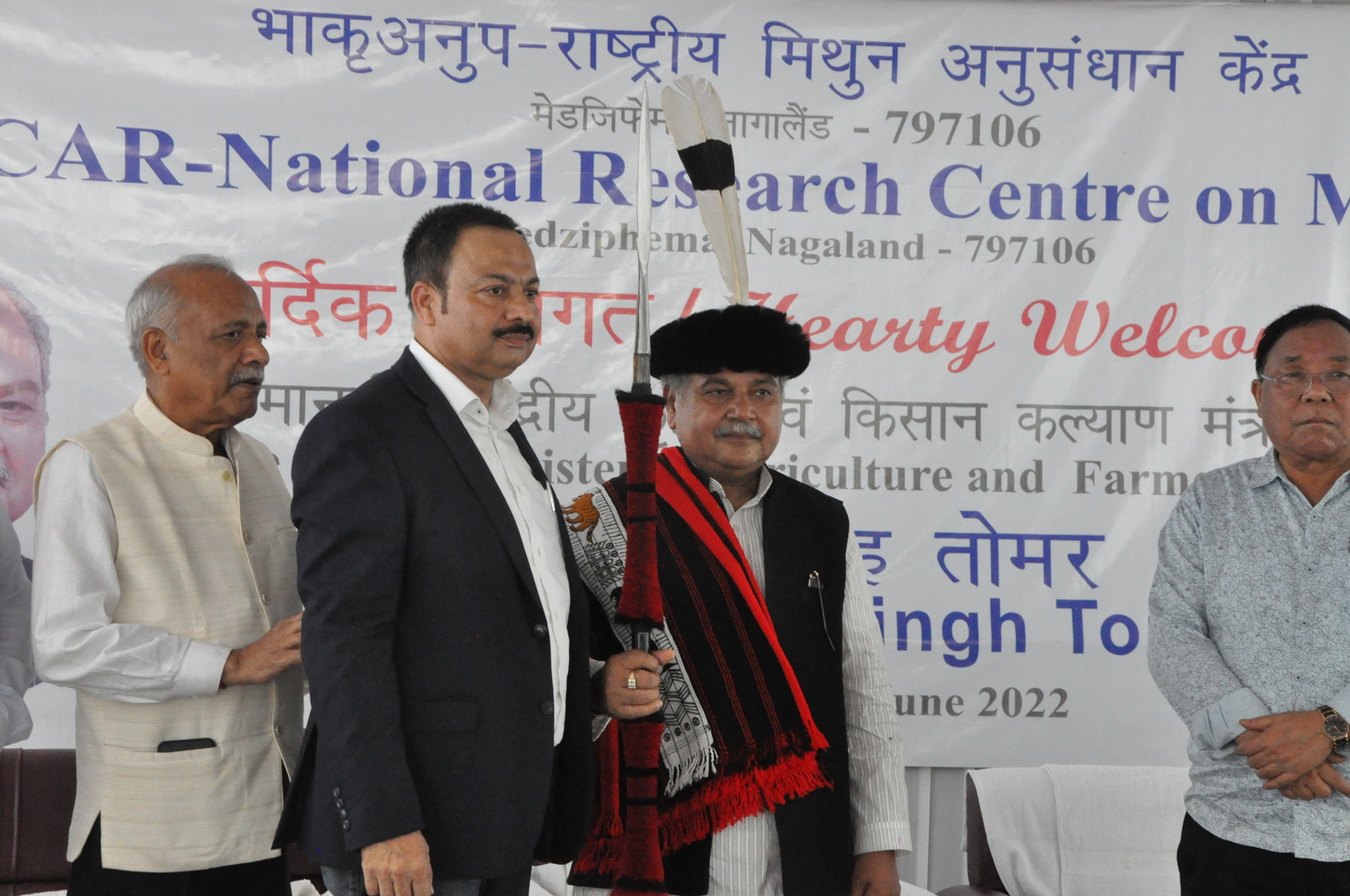